Since the implementation of the eTA Canada (meaning) on 29 September 2016 it still suffers from a variety of problems. During the holiday season, a substantial number of people who wanted to travel to Canada were forced to watch their plans go up in flames, as it turned out they couldn’t fly to Canada from Amsterdam. Most of the problems are caused by dual nationalities or a Canadian permanent resident permit. 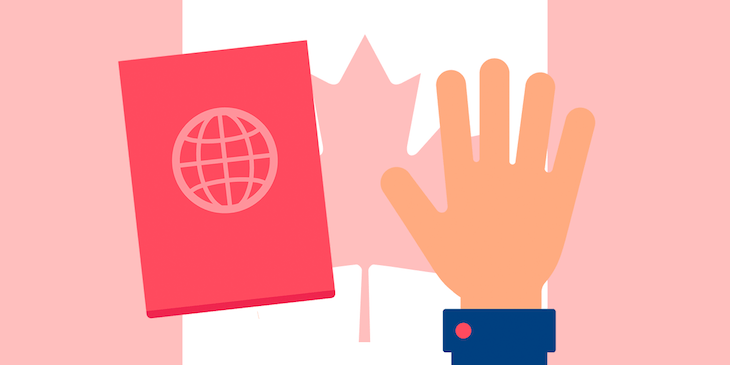 The problems surrounding the eTA are commonly due to dual nationalities or a Canadian permanent residence permit. According to the official rules - which can be found on the government website of Canada - if you already have a permanent Canadian resident permit, all you need to travel to Canada is a valid passport. However, when boarding a flight to Canada, the systems of the airline can indicate that you are not allowed to board because a valid eTA is required.

What is an eTA?

With an eTA any resident from the United Kingdom can travel to Canada without needing a visa. This system was designed by the Canadian government to get a better grip on who exactly is travelling to Canada. The system also allows for a better analysis on the safety risks travellers pose, and the likelihood of them actually leaving Canada at the end of their visa.

Who needs to apply for an eTA?

n theory, every non-Canadian person travelling to Canada by plane needs to apply for an eTA. However, if you are arriving by land or by sea an eTA is not required. Furthermore, Canadian citizens, Canadians with a permanent resident permit, US nationals and travellers with a Canadian visa do not need to apply for an eTA, as they are exempt according to the requirements.

An eTA needs to applied for before your trip. Filling in the eTA application form takes about five minutes. After submitting the application, an eTA is generally approved within fifteen minutes. After approval, the eTA is automatically linked to the passport, and shared with the online databases of the airlines and the Canadian immigration service.
Apply for eTA Canada